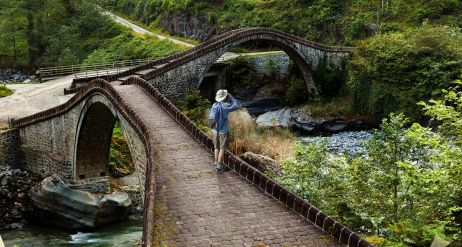 The population of Artvin, which has 8 districts, is 166,143 according to the 2017 Address Based Population Registration System results. While 104.578 (62.94%) of the population live in provincial and district centers, 61.565 (37.06%) live in towns and villages. 83,524 (50,3%) of the population is male; the remaining 82,619 (49.7%) were women. Again according to the same conclusions, the provincial center population of 26 329, is below the average in Turkey with 23 people per square km. The largest districts in terms of population are respectively Merkez, Hopa, Arhavi and Borçka. The smallest district in terms of population is Murgul. The population between the ages 15-24 preparing for entering the labor economy is below Turkey’s rate(16,2%) with 14,8%.Nevertheless, this ratio can be considered as a significant size for labor supply. Considering the limited employment opportunities in Artvin, it can be said that this rate will increase by experiencing reverse migration when possible job opportunities are provided.

According to the data of 2013, the labor force participation rate was 50.7% in Artvin, the employment rate was 47.1%, while the unemployment rate was 7.1%. (Turkey averages are 48.3%, - 43.9% - 9% respectively). This can be considered positive comparing to Turkey’S average. According to 2017 data, there are 7,176 unemployed people registered in İŞKUR in Artvin, 53.8% of whom are men and 46.2% are women. According to the Labor Market Demand Survey conducted by Artvin İŞKUR Directorate in 2017, a significant share of the employees in Artvin is employed in the Construction and Manufacturing sectors. The sector with the highest number of employees is the construction sector. Construction sector ranked first with 42.8%.

There are 8 state hospitals, community health centers, family health centers and cancer control units in Artvin with one hospital in each district and city center. Considering that there are no private hospitals and university hospitals throughout the province of Artvin, it is seen that investments can be made in this area in the province. According to 2016 TURKSTAT data, the total number of beds is 346. While the number of doctors per every 1000 people in Artvin 1,42 the average is 1,79 in Turkey.

According to 2017 TURKSTAT data, literacy rate is 98.96% for men, 93.85% for women and 96.42% generally. In the province, there are 20.915 people who have high school graduation, undergraduate or higher graduation. According to the National Education Statistics 2018-2019 year of pre-school education, primary and secondary education enrollment rate is above the average in Turkey. Number of students per classroom is below the average rate of Turkey. Acording to the dta of Ministry of Education in 2017-2018 this number is 15 while Turkey’s average is 24.

In secondary education, it is seen that these numbers are 16, 21 respectively, which is a very good level compared to the average in Turkey. This is a positive aspect and a major concern for the province in terms of physical infrastructure. The total number of Pre-School, Primary, General Secondary and Vocational-Technical Secondary education institutions in Artvin is 232, and the number of students receiving education in these schools is 25.996. In addition, there are 9 Public Education Centers in the province that contribute to the increase of qualified labor force. Çoruh University, which is the state university of the province, consists of 20 academic units: 2 institutes, 9 faculties, 2 schools and 7 vocational schools. In the 2017/2018 academic year, the total number of academicians in the university reached 514.

According to TURKSTAT data in 2017, there are 2 theater halls, 3 movie theaters, 8 libraries, 14 local newspapers, 4 cultural centers, 6 youth centers and 2 shopping centers. Festivals and in Artvin, especially during the July - August period, provide feasts for local and foreign tourists along with Artvin’s local residents. Artvin Kafkasör Culture and Art Festival, Arhavi Culture and Art Festival and Şavşat Sahara Beetroot Festival attract great attention domestically and internationally every year which are organized by municipalities.In some festivals, particularly the Kafkasör Culture and Art Festival, bullfights are held and are known throughout the country.

Artvin province, which is one of the most important metallogenic belts of our country in terms of its polymetallic mineral deposits and occurrences (copper-lead-zinc-gold-silver), is also rich in metallic mineral deposits and occurrences. Artvin, which is located to the east of the Eastern Black Sea Metallogenic provence, has 1st degree importance for metallic mines. As a result of various geological and mining studies carried out by MTA and private organizations within the borders of Artvin to date, 44 copper-lead-zinc, 1 iron, 17 manganese, 5 copper-molybdenum and 5 gold deposit are found. 72 metallic ore deposits were identified as well. The province of Artvin has no significant potential for industrial raw materials. Limestone and granite-marble deposits and their occurrences constitute important reserves only as cement and lime raw materials.

The total area of ​​Artvin is 736,700 hectares, of which 9% is agricultural land, 15% is meadow-pasture, 57% is forest land and 19% is other land. Accordingly, agriculture is being carried out in an area less than 10% of Artvin's area. According to the data of Artvin Provincial Directorate of Food, Agriculture and Livestock 2017; There are 13.271 plant production enterprises, 18.090 animal production enterprises, 1092 bee enterprises and 43 aquaculture enterprises in the province. 8000 of the plants engaged in plant and animal production perform both activities together. In Artvin province, it is possible to see different types of climates from subtropical to terrestrial climates in the same period. This situation allows the cultivation of a wide variety of agricultural products in the province. Artvin, with 2727 plant species is the richest province in terms of Turkey's endemic plant diversity, including about 500 198 of them are rare.

In addition, Artvin, which is the richest province in terms of forest density among the Eastern Black Sea provinces, which is a very important opportunity for both beekeeping activities and cultivation of non-wood forest products. Tea, hazelnut and fruit growing, beekeeping, fishing, cattle and sheep farming are among the main agricultural and livestock activities. According to TurkStat data of 2016 of 11.5% of tea production in Turkey it is carried out in Artvin. Corn, potatoes, alfalfa (green), sainfoin, tomatoes, beans, cucumbers, apples, walnuts, cherries, pears, plums, tangerines, strawberries, persimmon, kiwi and olive can be listed among the other major agricultural products. Due to the undeveloped industry, Artvin has highly suitable agricultural land for organic production. In 2016, organic agricultural production was 3.138 tons and tea, hazelnut and blue fruit were produced. 17% of the organic hazelnut production in Turkey.In 2016, 17% of the organic nut production in Turkey was provided from Artvin. Artvin ranks after Samsun, Ordu and Zonguldak in the organic nut production. One of the three most productive bee breeds in the world, the Gene Center of the Pure Caucasian Queen Bee Breed is located in the Camili Basin in Borcka District of Artvin. In 2016, Artvin was ranked 2nd in Turkey in terms of organic beekeeping products production and 12% of honey was provided by Artvin in general.In terms of aquaculture, the cage cultivation potential will increase with the completion of dams in the province, which has rich underground and aboveground resources.

In 2017, exports and imports in Artvin was 52.06 milliondollars and 35.32 million dollars respectively. 35.2% of Artvin's overall exports are “Basic Metal Industry”, 14% are “Agriculture and Livestock” and 13% are Diğer Other Non-Metallic Mineral Products ”. 97% of Artvin's imports are “Mining Coal, Lignite and Turb”.

Artvin province is located in a remote area away from the main transportation connections. Road transport in Artvin is mostly carried out by highways located on valleys and river routes. For this reason, highways within the provincial boundaries have to follow narrow and curvy routes. Artvin has two important road connections. The most commonly used of these is the north (Artvin-Hopa) connection extending through Hopa to the Eastern Black Sea and the other (Artvin-Erzurum) connection extending through Erzurum to Eastern and Southeastern Anatolia. A major part of the road transportation network of the province is being reshaped due to the dam projects implemented in the Çoruh Basin. Another important project implemented in Artvin is the Cankurtaran Tunnel project that connects Borcka and Hopa districts. The net length of the Cankurtaran Tunnel is 5,286 meters and it reaches 5,300 meters with its entrance and exit structure. With this length, it has the distinction of being one of the longest tunnels of our country, and it has become one of the few tunnels in Europe and the World. The Cankurtaran Tunnel, which was opened in 2018, has become a safer transportation route as well as shortening the distance and reducing transportation costs.

Artvin Sarp Border Gate borders, enables the transition to Georgia from Turkey. Recently, Turkey's largest trade partner Russia made road transport to one location and also trade with Georgia and Azerbaijan is possible.

Hopaport is located on the eastern border of the Eastern Black Sea. The border with the Republic of Georgia is 15 km. away. Considering its geographical location, capacity, broad hinterland it is fair to say,it has a significant importance for Turkey and our country’s naighbours as well.

In 1997 Hopaport , which is operated by Park Marine; continues to contribute to the country's economy by loading, unloading, terminal, storage, pilotage, rescue and tank terminal operations. Hopaport, is considered as the gateway of the Eastern Black Sea to the world with its geographical location. As of the date of privatization, Park Denizcilik increased its closed warehouse area from 2.000 m2 to 18.220 m2 and its open warehouse area from 54.000 m2 to 102.462 m2. These investments are increasing day by day according to the service requirements. In addition, with the additional investments made in the Fuel Terminal, it has reached the level of distribution with a total storage capacity of 38,000 cubic meters.

Artvin has made great progress in the field of tourism in recent years. With the elimination of certain deficiencies such as lack of infrastructure and education, tourism sector outshined itself. In 2018, the number of domestic and foreign tourists coming to the municipal and operating certified tourism facilities in Artvin is 220.326 and the total number of overnight stays of tourists is 324.251. When the average overnight stay (food / drink-transportation) is calculated at $ 25 / person, it is estimated that the tourism sector reaches a volume of $ 8.6 million per year in Artvin. In addition, according to 2018 data, a total of 3,420,906 people, 1,026,871 citizens and 2,394,035 foreigners, entered through the Sarp Kara Border Gate. As of September 2017, there are 13 tourism-certified hotels and 106 local-certified hotels in Artvin. 119 accommodation facilities located throughout the province serve with a capacity of 4,815 beds.

As of the end of 2018, there are approximately 314 companies holding an Industrial Registration Certificate in Artvin and 3652 people are employed in these enterprises. 65 of these firms are in the city center, 58 in Arhavi, 24 in Ardanuç, 33 in Borçka, 81 in Hopa, 13 in Murgul, 28 in Şavşat and 26 of them operate in Yusufeli. Artvin ranks 15th among the 18 provinces in the Black Sea Region in terms of the number of industrial enterprises. The sectors in which the companies mainly operate are Food Products Manufacturing, Other Mining and Quarrying, Wood, Mushroom Products and Food Products Manufacturing respectively. More than half of the companies operating in the industry in the province are micro-scale enterprises. There are 8 Small Industrial Sites in Artvin and works are continuing in 1 small industrial estate establishment. A protocol has been signed for the establishment of an Organized Industrial Zone. 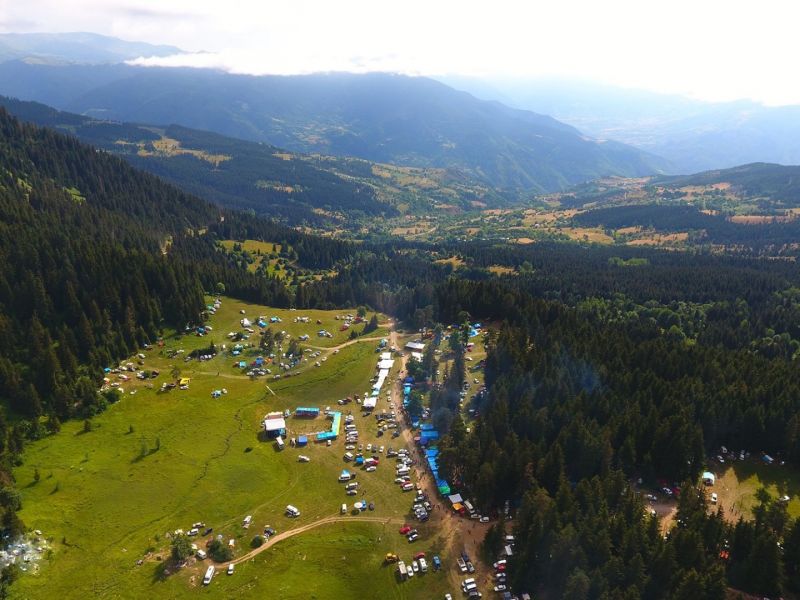 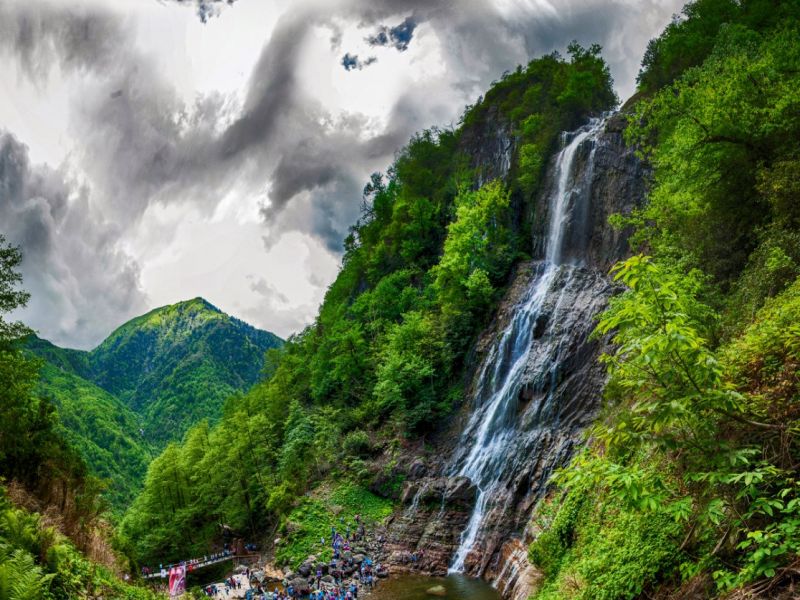 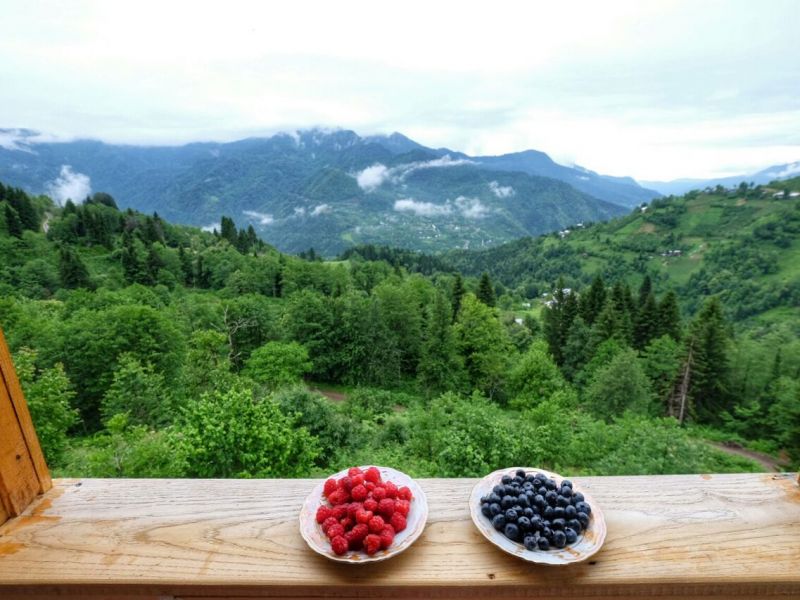 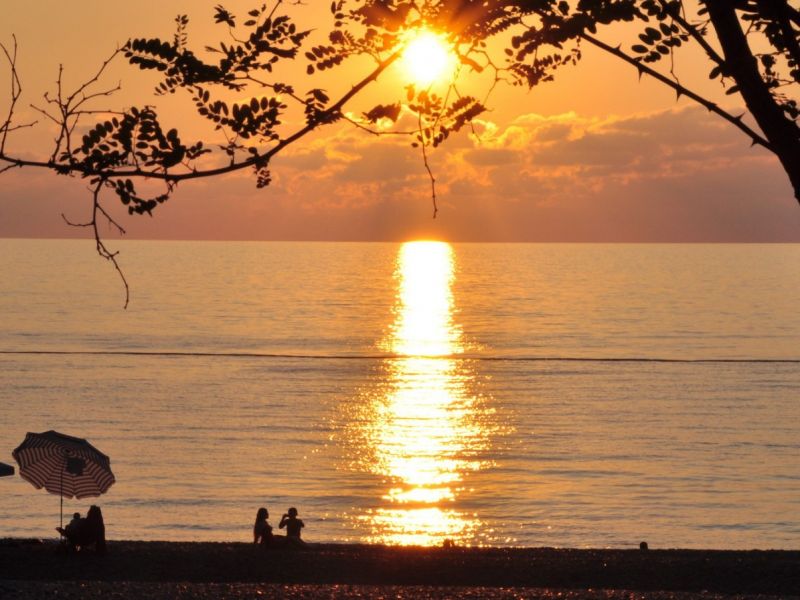 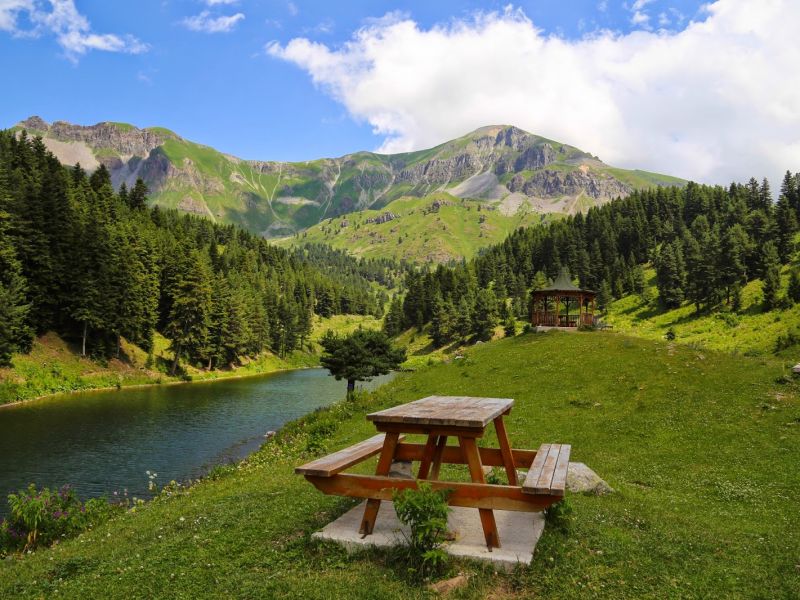 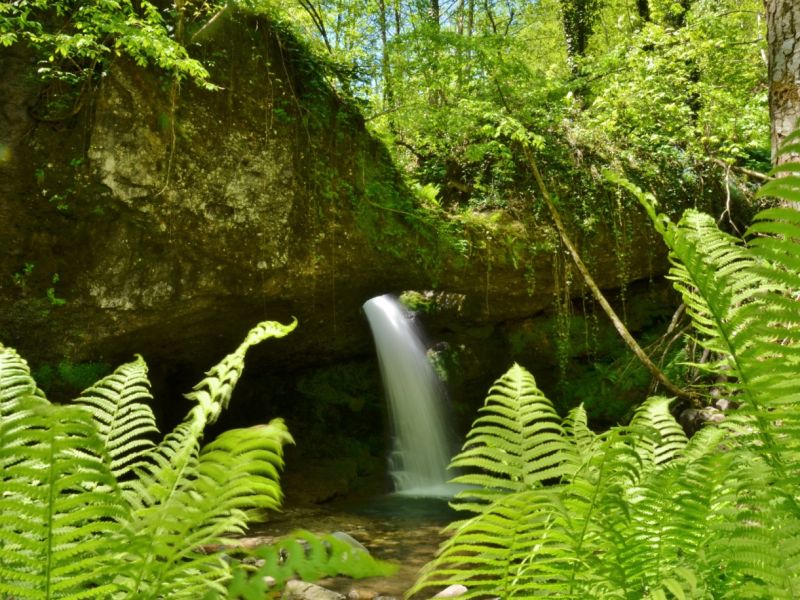 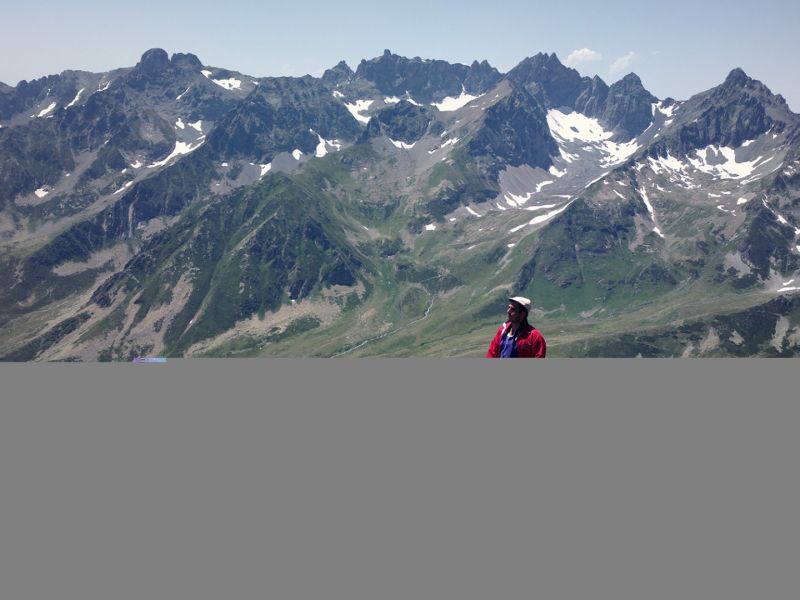 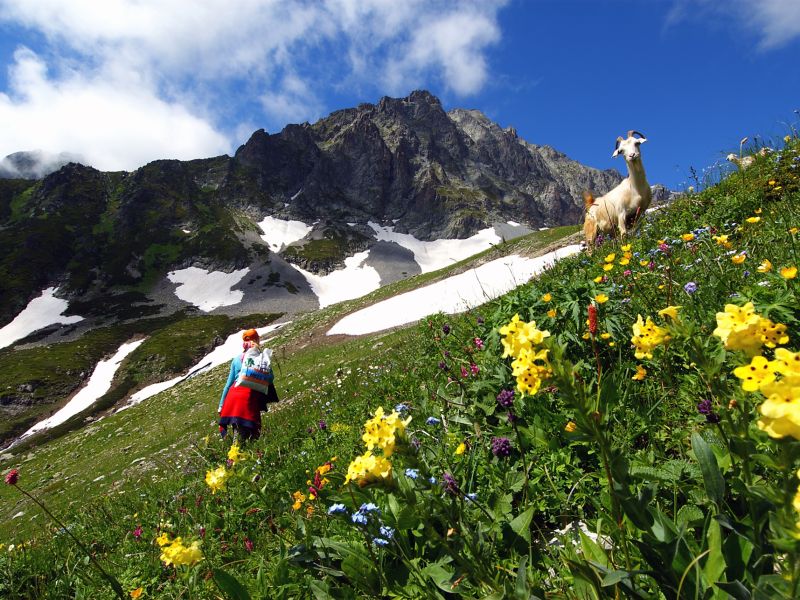 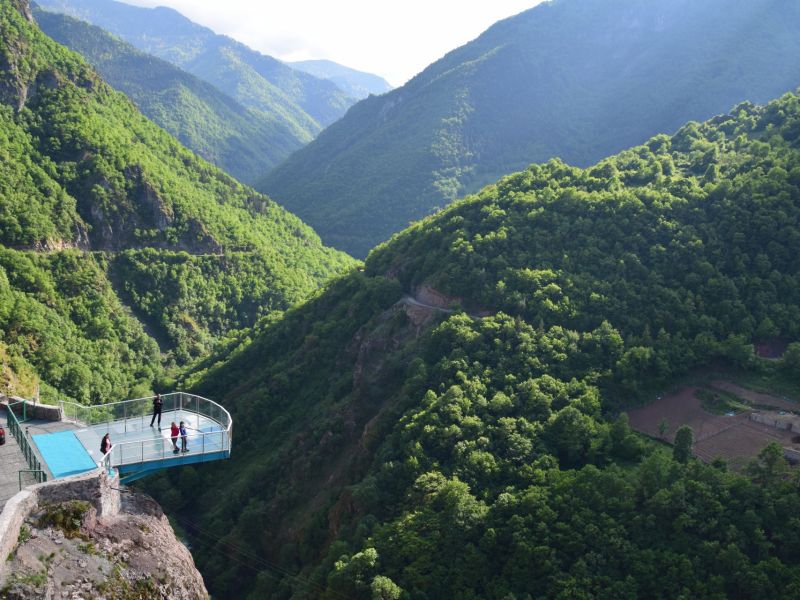 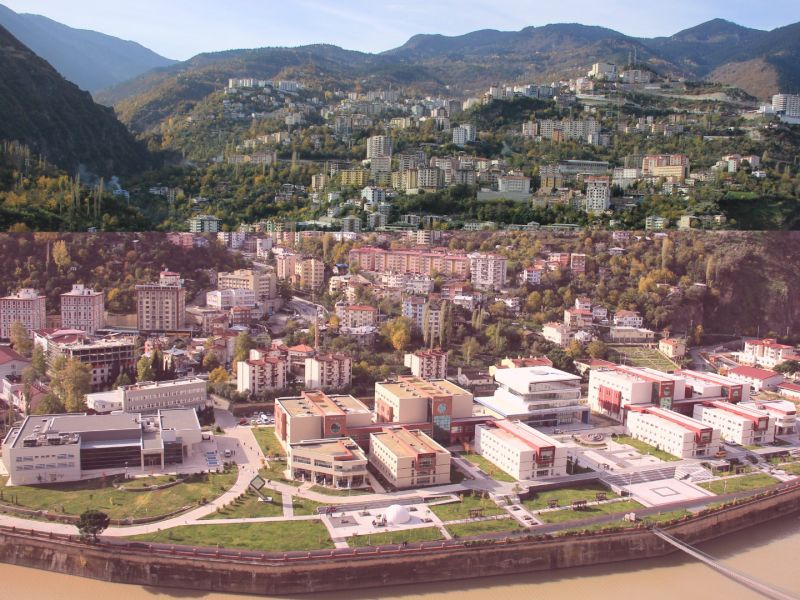 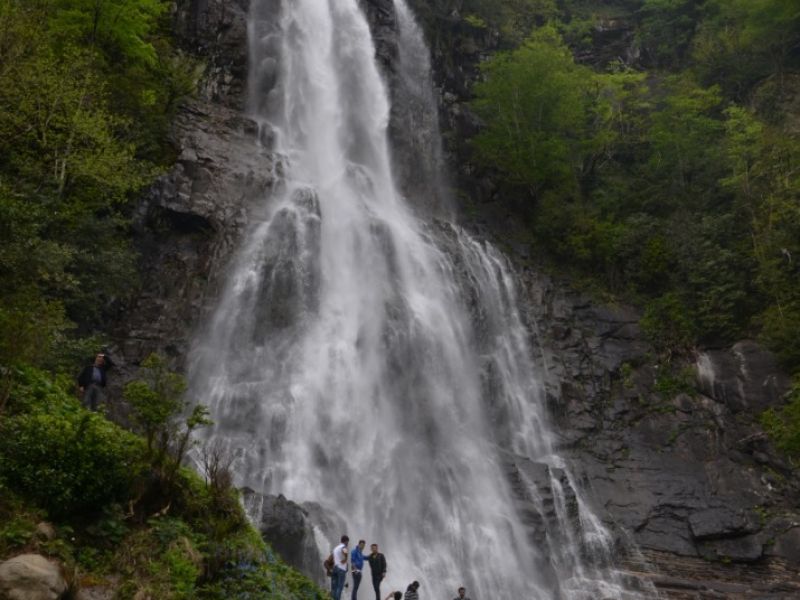 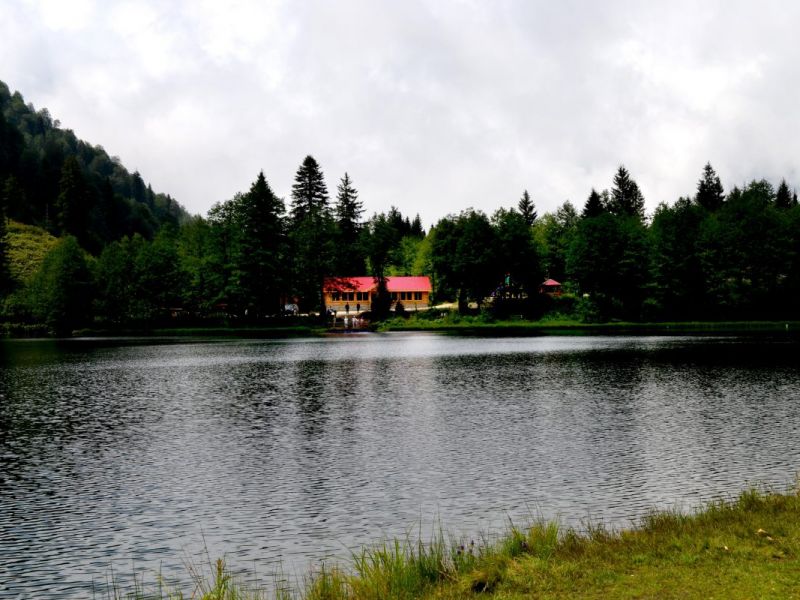 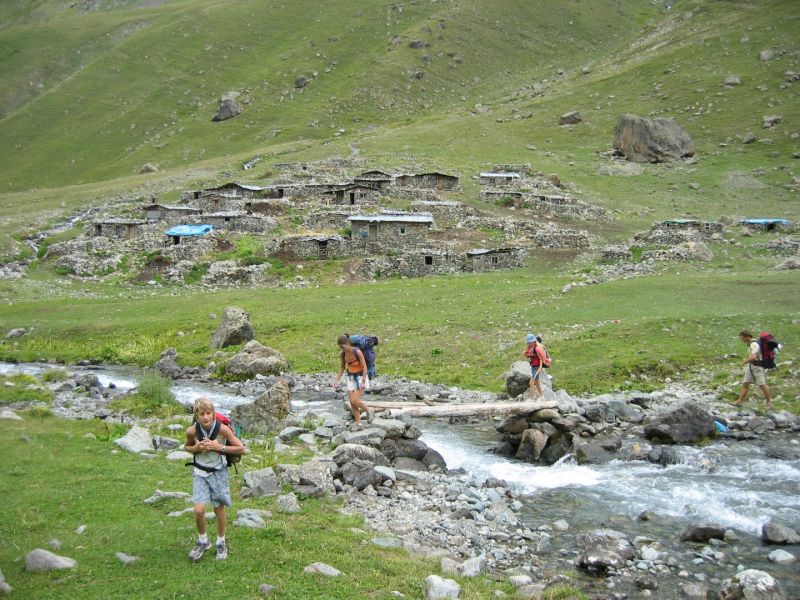 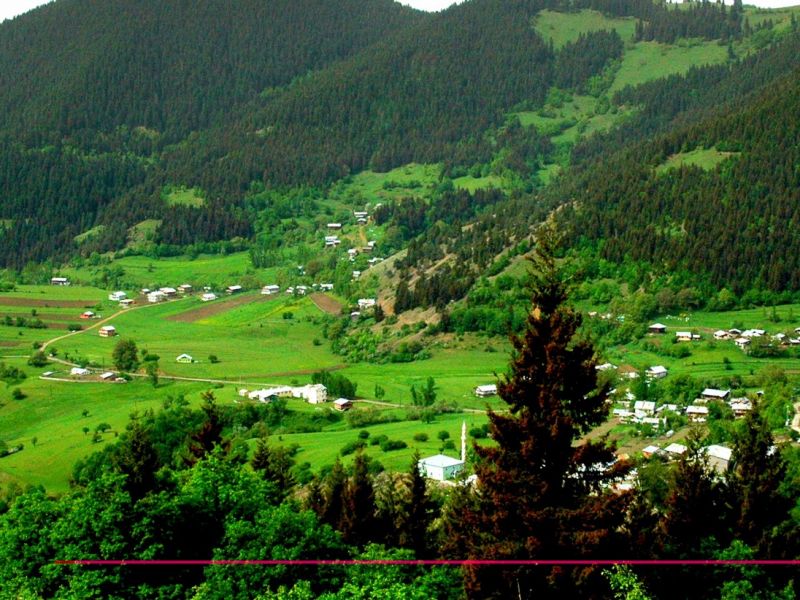 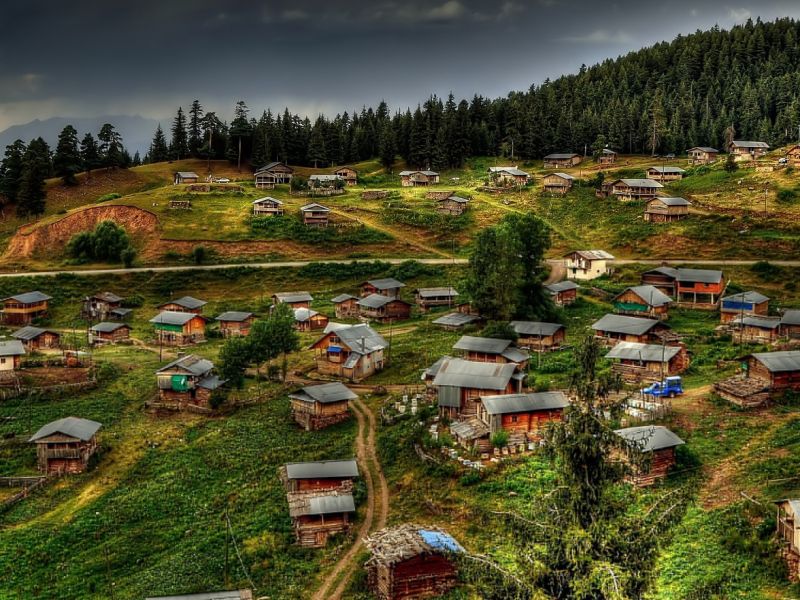 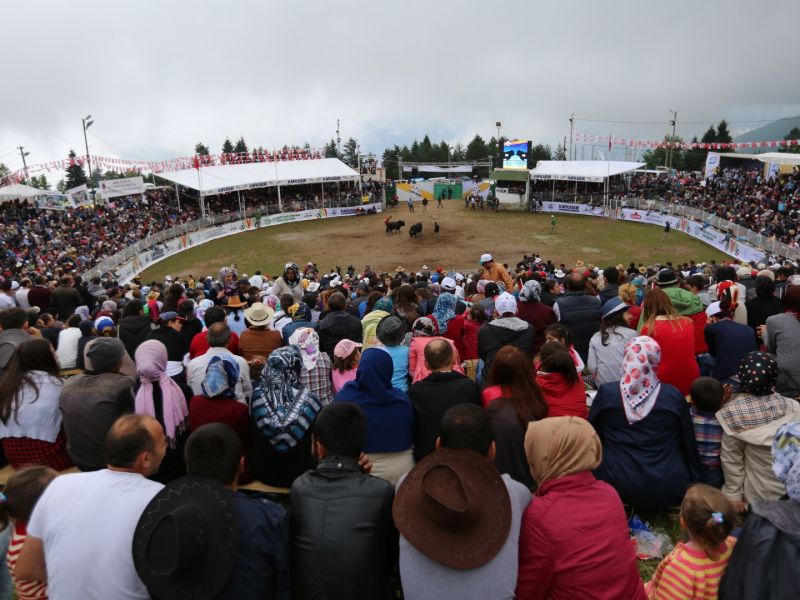