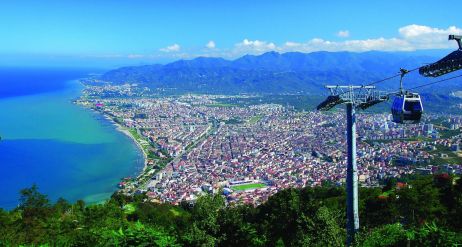 As of July 2018, there are 11 state hospitals, 1 education and research hospital and 5 private hospitals in Ordu. Total bed capacity is 2159. A total of 1094 physicians work and one physician is approximately responsible from 678 people.

In addition to metallic mineralizations, Ordu province has rich and diverse mineral deposits in terms of industrial raw materials. 40% of the active mining sites in the Eastern Black Sea Region are in Ordu. 13 different mines are extracted from 55 active mineral production zones. 50% bentonite and 8% basalt produced in Turkey are produced in Ordu . As a result of these studies, 40 metallic mines and 13 industrial raw material deposits and occurrences have been identified. In the region where volcanic rocks are dominant, metallic (Cu), lead (Pb), zinc (Zn), gold (Au), silver (Ag) and manganese (Mn) deposits are found in the group of metallic mines. The province of Ordu is also very advantageous in terms of wind energy compared to other provinces in the TR90 region. The total potential of Ordu is 2275 MW. Most of this potential is in the Aybastı-Mesudiye corridor. Although there is no wind power plant investment in the TR90 Region, the only 10 MW wind power investment under construction is continuing in Akkuş district of Ordu.

With over 120 thousand farmers registered in Ordu; 41.4% of the province's land is composed of agricultural area, 34.6% is forest and heathland, 8.5% is meadow and pasture area, 15.5% is residential and non-agricultural land. The total agricultural area of ​​Ordu is 2,552,972 decares and fruit-grown areas are 2,277,402 decares. Agricultural activities in Ordu province include hazelnut, kiwi and corn production on the coastline; and inland, livestock and field products and forage crops production.; Ordu supplies about 20-30% of Turkey's total production. Also, Ordu ranks first with 15% honey production, and ranks second with 13% of kiwi production in Turkey. Fishery, is also an important sector for Ordu's local economy and Eastern Black Sea Region. In Ordu, 25,000-35,000 tons of fish are produced annually. This figure corresponds to 7% of Turkey production. In aquaculture, 23 of 30 enterprises engaged in aquaculture in the province of Ordu are in fresh water and their total production capacity is 240 tons / year. Trout and perch fish are produced in 7 marine establishments. Total production capacity of these enterprises is 3,250 tons / year.

Natural hazelnut and processed hazelnut products constitute the majority of the exports in the province. Besides, forest products, bentonite and food machinery are the main export goods. The total export amount of Ordu province in 2017 is approximately 225 million dollars and the most important export item is hazelnut and hazelnut products; therefore, the most exported period is August-September-October. Exporting to more than 80 different countries, Germany is the most exported country. According to TURKSTAT data, Ordu imported 65.2 million dollars in 2017. In recent years, the prominent product groups in imports are; cereals, vegetable products, nuts, processed fruits, petroleum products, marble, paper and pulp, forest products, spare parts for machinery and coal.

Ordu has all the potential that will allow tourism to develop when its natural, historical and cultural values ​​are considered. Natural richness, historical texture, large forest areas, sea, creeks, plateaus with a unique geography, unique local lifestyle and traditions (plateau life, traditions and festivals), alternative tourism (nature tourism, plateau tourism, tourism based on agriculture) , event tourism, adventure tourism, etc.) are the strong points of the province's tourism. In the province of Ordu, which has been making great strides in tourism in recent years, the number of tourists from 257 thousand in 2012 to 850 thousand in 2018; While there were 847 beds in 20 facilities with tourism operation certificate in 2012, the number of facilities with tourism operation certificate increased to 33 and 2693 by the end of 2018. Intensive introductory activities, charter flights from the Gulf countries to Ordu-Giresun Airport, which started in 2016, and important projects such as the 'Green Road Project' aiming to connect the important plateaus in the Eastern Black Sea Region, it is expected to attract 1 million tourists in the short period.

The province of Ordu has an agriculture-dominated economy. In the provincial economy, the industrial sector has a smaller share compared to the agriculture and service sectors, and private sector investments in the industrial sector are concentrated in the manufacturing of food products, forest products and furniture, garment manufacturing, mining and soil-based industry, cement and ready-mixed concrete. . Due to the fact that the agricultural sector is largely based on hazelnut production, most of the food industry investments in Ordu focus on hazelnut crushing, processing and hazelnut products. There are 4 OIZs in Ordu, 2 of which are in operation (Ordu OIZ and Fatsa OIZ) and 2 of them (Ordu 2. OIZ and Ünye OIZ) under construction. In 74 industrial parcels in the Ordu Organized Industrial Zone, 63 factories are in production and 4004 people are employed. Fatsa OIZ is built on 500 acres. In Fatsa OIZ, where 30 companies operate in 30 industrial parcels, approximately employment is 4270. According to the latest data published by SSI, as of the end of December 2017, the number of firms operating in the manufacturing industry is 1504 and employment in this field is 16.932. The number of companies carrying out R & D activities is 35 and the number of companies with quality control units is 107. In terms of employment, it is seen that the garment manufacturing sector with 5797 people employed in 97 companies and the food production sector with 486 companies employing 4889 people as the number of firms.

The strategic location of Ordu, its proximity to the Middle East and Caucasus markets, and public infrastructure investments can be considered as important opportunities for the logistics development of the province. Some of the inadequacies in transportation infrastructure, which is of great importance in terms of economic activities, have been remedied by the Black Sea Coastal Road Project. With the completion of the ongoing Ordu Belt highway and the Black Sea-Mediterranean Road, which will facilitate the transportation of the province to the inner regions, the problems in the road will be eliminated to a significant extent. 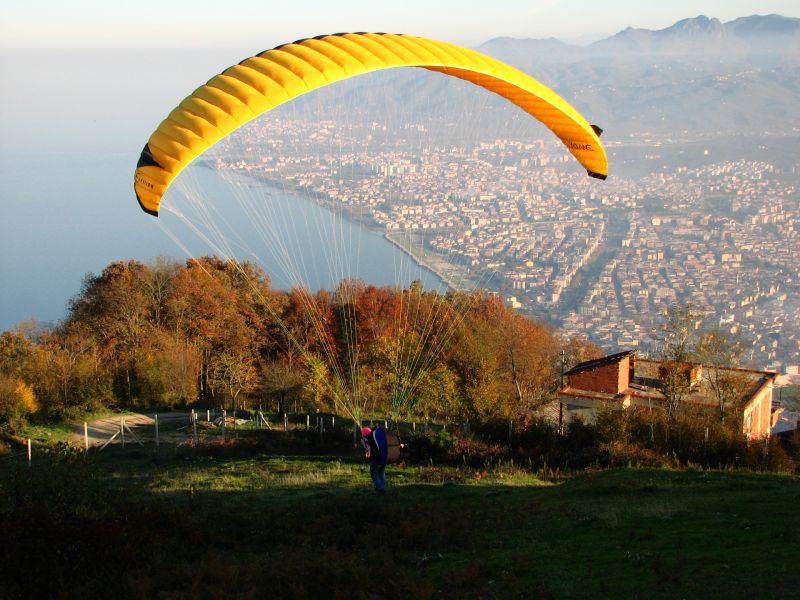 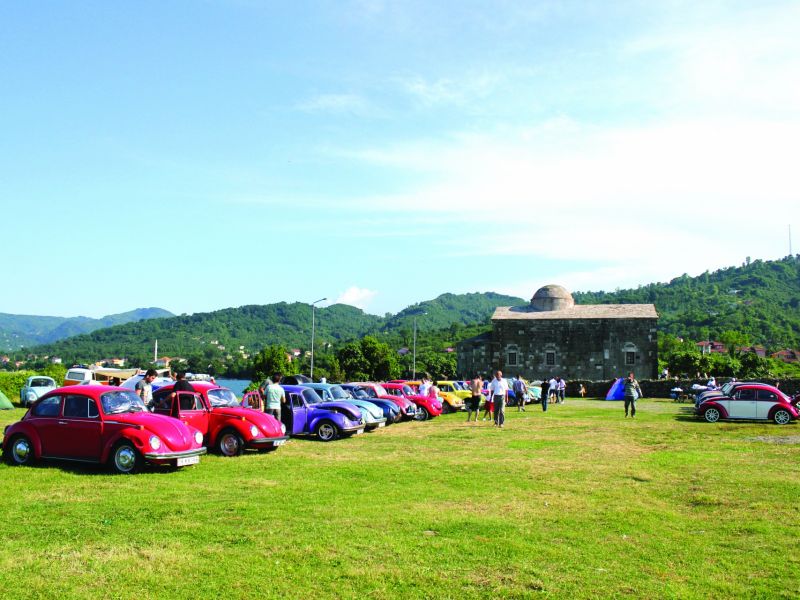 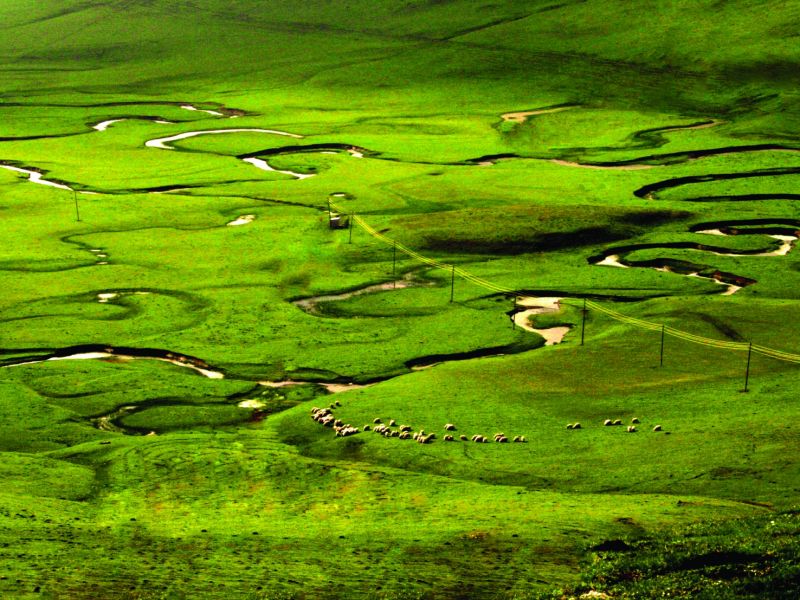 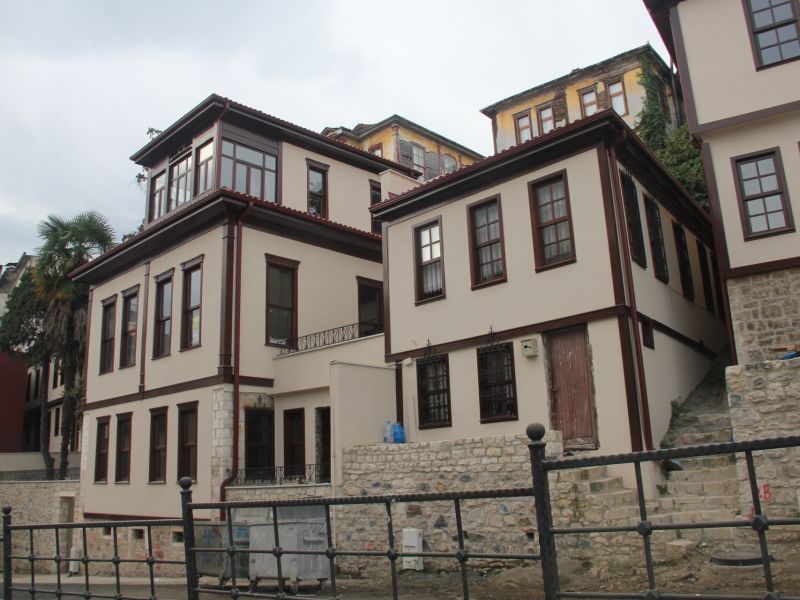 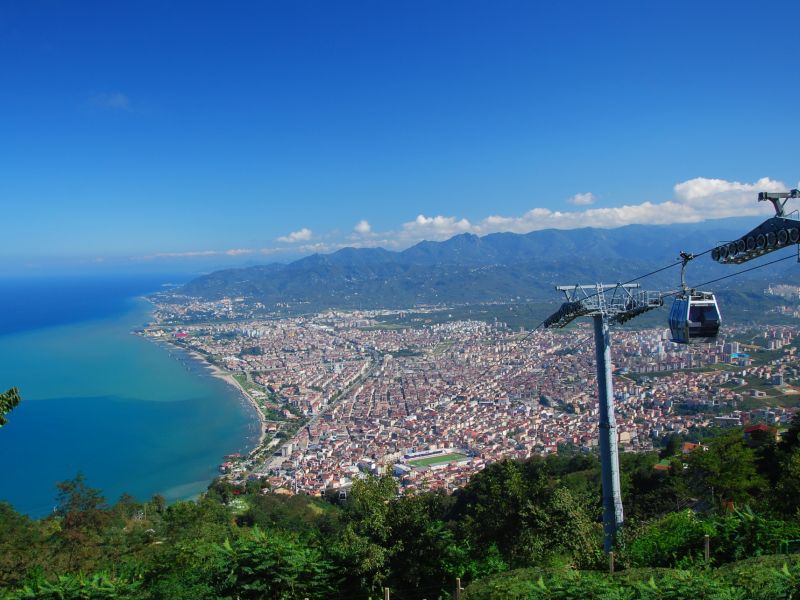 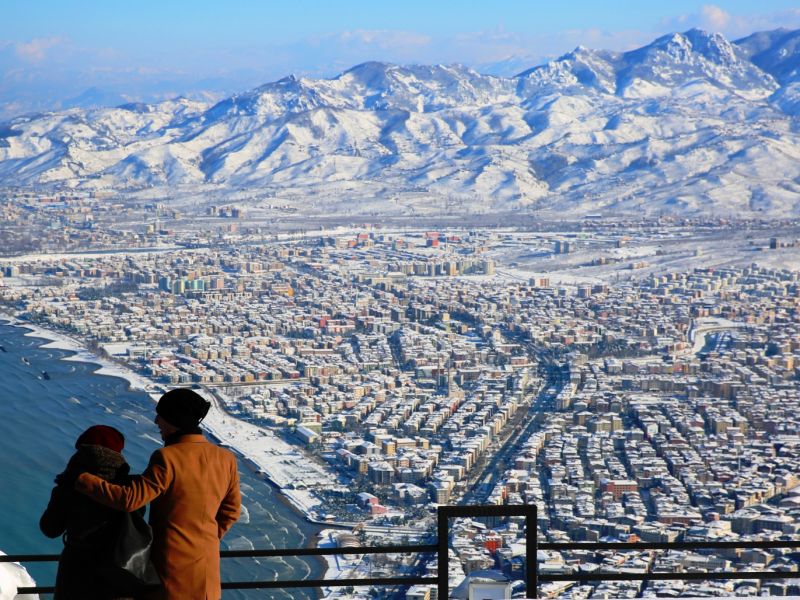 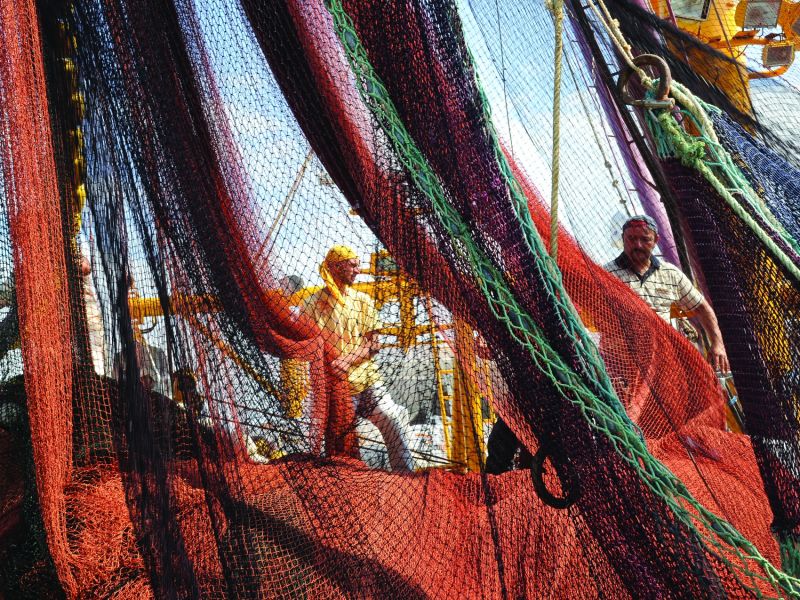 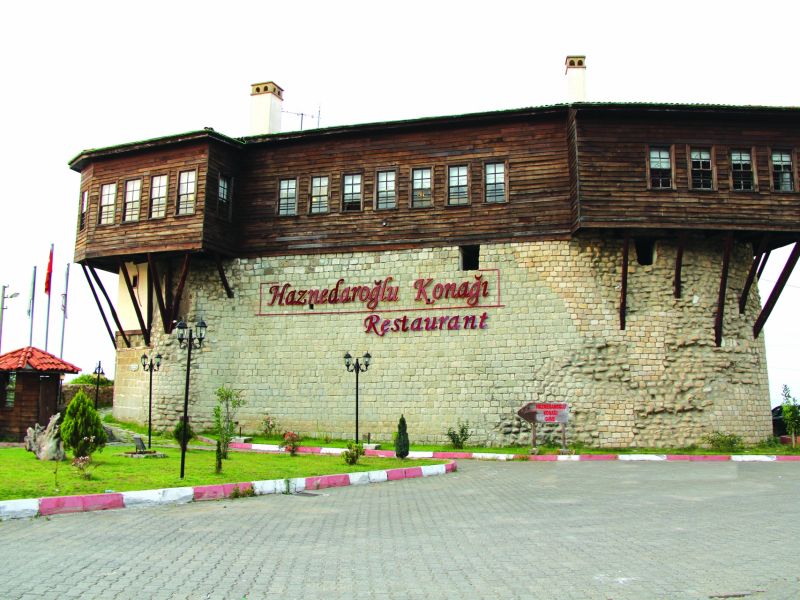 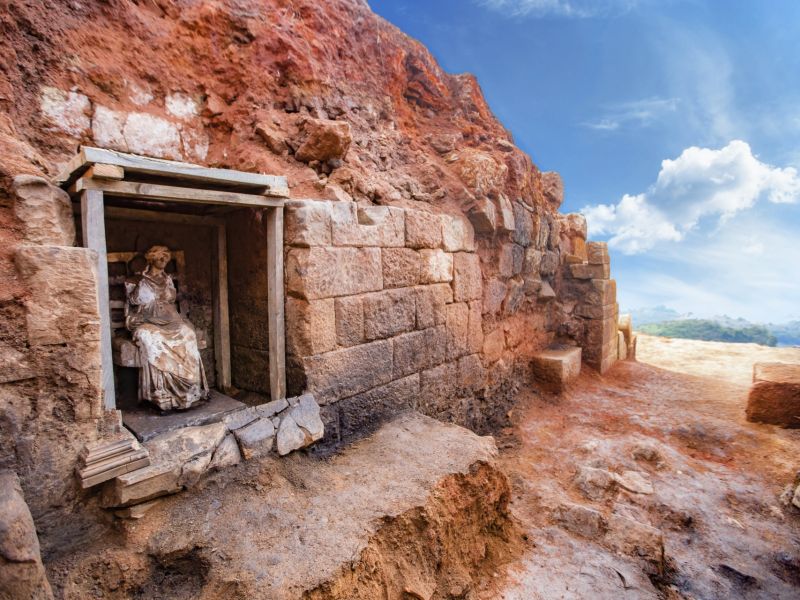 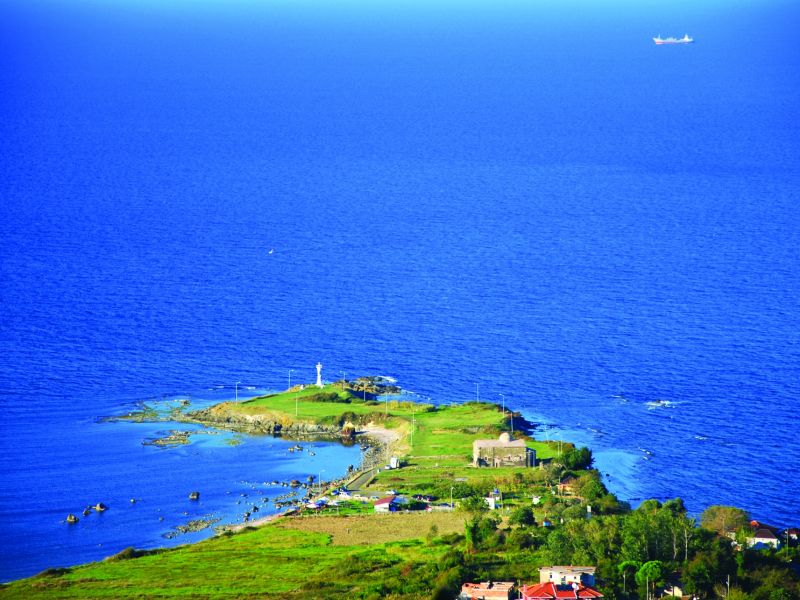 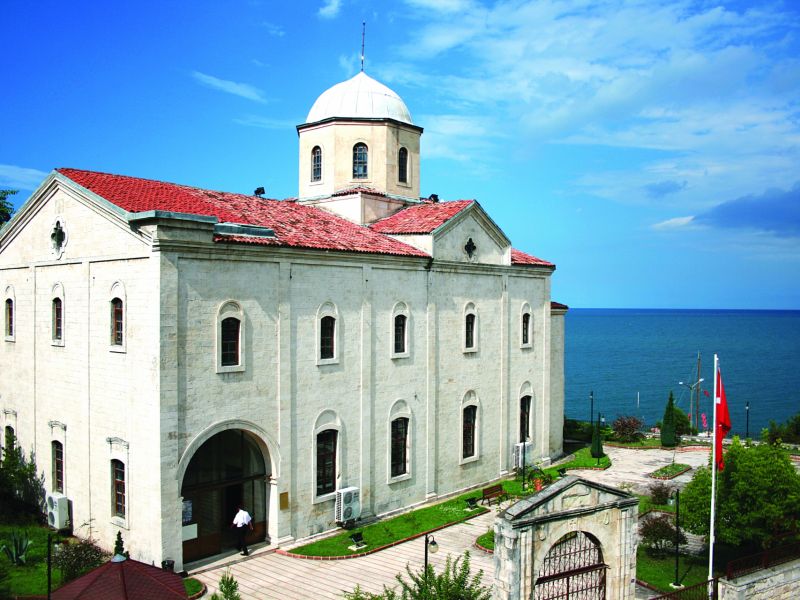 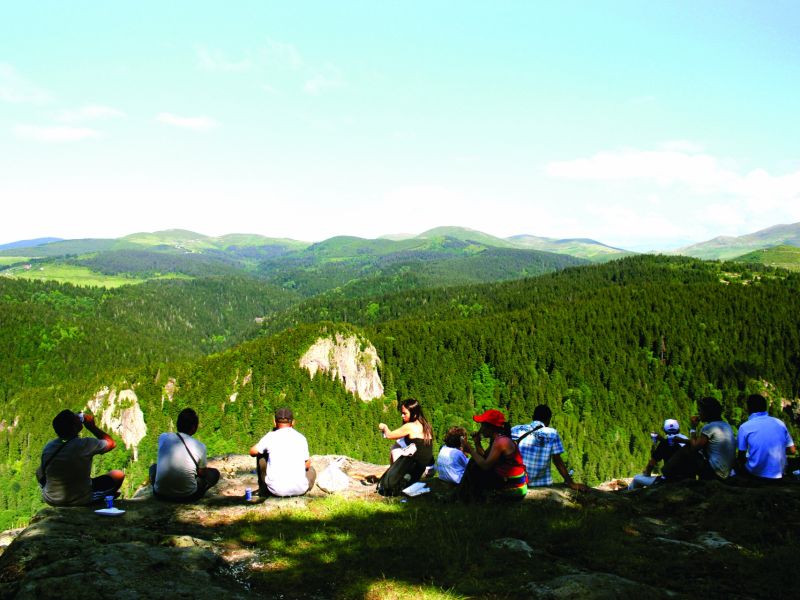 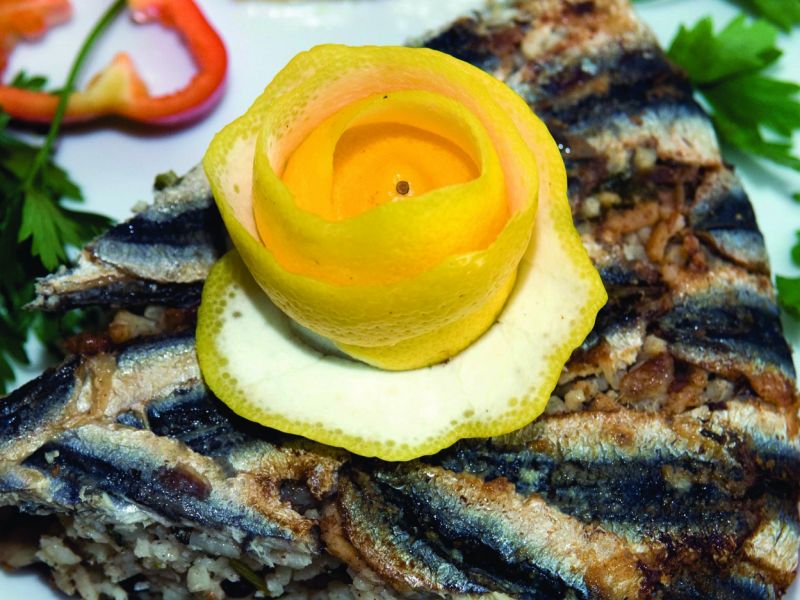 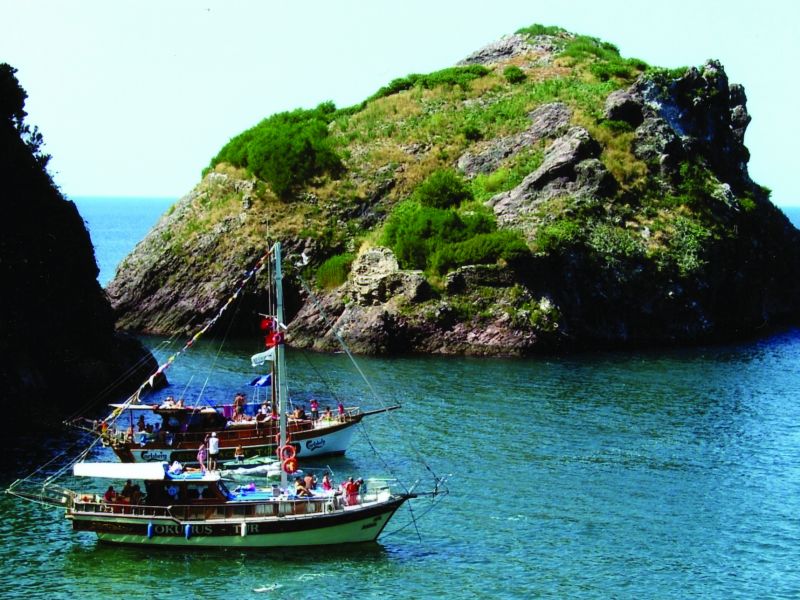 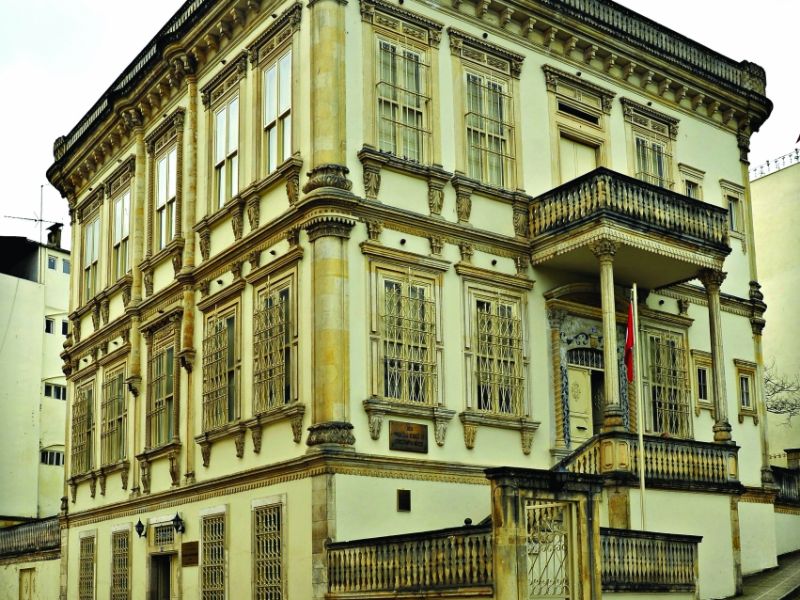