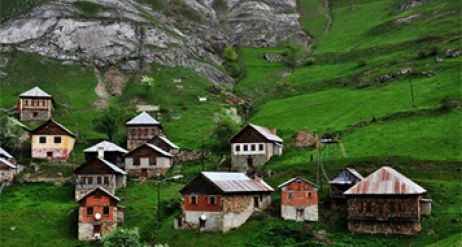 Provincial labor force participation rate is 49.9% (average 50.8% of Turkey). The employment rate was 46.3%. According to TURKSTAT data, the unemployment rate in the province is 7.2% (2013). Turkey’s average is 9.7% in the same period. According to İŞKUR 2017 data, a total of 7,641 people are employed in small and medium-sized enterprises. The number of registered unemployed is 3,383.

There are also 6 Public Education Centers and one Vocational Training Center in the province. A total of 28 classrooms, 79 teachers and 17.115 trainees were trained in these institutions.

Founded in 2008, the university has 2 institutes, 7 faculties, 1 college, 10 vocational schools and 8 research and application centers. According to the 2017-2018 Academic Year data of YÖK, the number of students is 18.285 and a total of 631 faculty members are working.

There are 1 museum and 9 public libraries in Gümüşhane. There are demonstrations on the stage within the Cultural Center in Gümüşhane and the total number of seats in the halls has reached 350. In 2018, 62 performances took place and a total of 14,035 visitors participated in these events.

Gümüşhane province, which takes its name from its mineral assets, is one of the most important provinces of the Eastern Black Sea Region in terms of mineral deposits potential and has 22 metallic mines and 17 industrial raw material deposits and occurrences. Especially gold and copper-lead-zinc are the major metallic mines that form important deposits in the region. Gümüşhane granites and the rocks in contact with them are not only rich in metals such as silver, copper, lead or even gold, but also in terms of precious stones such as beryl, sapphire, tourmaline, topaz, amethyst and agate. There are cement raw materials, feldspar, clay, kaolin, limestone and barite formations as industrial raw materials in the province.

In general, cherry, apple, pear and mulberry are produced in the province. In recent years, walnut production has also started to spread. In the province, there is suitable potential for the development of sour cherry, apple and walnut cultivation. Fruit production is mostly aimed at self-consumption. The biggest factor preventing the development of vegetable farming is the climate. However, vegetable cultivation is concentrated in areas that have microclimate properties. The general location of the province, its uncontaminated structure, climatic characteristics, low pesticide use, especially meadow and pasture plants that grow naturally without human intervention constitute an important organic agriculture potential in Gümüşhane. Gümüşhane is suitable for organic farming in cereals, pulses, forage crops, bulbous plants, fruit pulp-mulberry molasses and fishing areas. Gümüşhane is the province with the highest pasture area among DOKAP provinces. According to 2018 data, there are 92,901 bovine and 57,065 ovine animals in the province. Roughage needs of livestock enterprises are supplied from pastures and forage planting for 8 months of the year. Pastures and highlands are very suitable for organic livestock activities and have the capacity to meet conventional livestock investments. 94,676 tons of milk was produced in 2017 throughout the province. Gümüşhane has an important potential in terms of aquaculture with its rivers, lakes and dams. Currently, there are 37 trout production facilities and their production capacity is 4,754 tons per year. The fact that the province has a geographically rugged structure allows the vegetation, especially honey plants, to be very rich naturally and to beekeeping activities. The province has a total of 150,000 beehives and 3,000 tons of flora to produce honey.

The foreign trade volume of Gümüşhane is low. The products produced in the province are mostly offered to the domestic market. When the sectoral details of the exports are examined, it is seen that exports are made from mining and quarrying and manufacturing sectors. In 2018, the export volume was 34 million USD. In 2018, imports cost 4 million USD. Most of the imports were carried out in agriculture and forestry sector.

Considering the distribution of state investments by sector, agriculture, education and transportation are the leading ones in Giresun province. The Giresun-Şebinkarahisar-Sivas Corridor Crossing Project(Eğribel Pass), which is important for the province in the field of transportation, is ongoing. Among the important investments in the field of health, Giresun Kale State Education and Research Hospital with 350 Beds, Eynesil Integrated Hospital with 10 Beds, Görele State Hospital Revised Additional Building Construction, 30 Bed Alucra State Hospital and 4 health houses are being built. The Eastern Black Sea Tourism Master Plan works are in progress and Bulancak Pazarsuyu 2nd Organized Industrial Zone and Ordu-Giresun Airport Project, which are among the investments of great importance for the province, have been completed. Between 2001 and 2016, 296 Investment Incentive Certificates were issued by the Ministry of Economy for private sector investments, of which 46% was granted for services and 35% for manufacturing investments. In this period, the expected fixed investment amount of the investments within the scope of Investment Incentive Certificate is 2.077 million TL and employment is 9.285 million.

According to the Presidency of the Strategy and Budget Directorate, 53.75 million TL of public investment was made in 2018 in Gümüşhane. The highest investment was made in agriculture with a total amount of TL 20 million and energy with TL 15 million. Other investments are in transportation (TL 10 million), education (TL 6.75 million) and housing (TL 2 million) respectively. When the private sector investment issues of Gümüşhane are examined, it is seen that the investments are mostly concentrated in the production of food products, ready-mixed concrete, gravel and sand quarries throughout the province. According to TOBB data, there are 74 facilities that received capacity reports in 2018.

Gümüşhane has been an important settlement throughout history due to its wealth of silver and gold mines and its location on the historical Silk Road. City has a virgin tourism potential with its fauna. These advantages enable it to carry out a multi-faceted tourism sector that includes not only one type of tourism but also many different types of tourism in the province. There are more than 437 registered immovable cultural assets and archaeological and natural sites in the province, including historical, military, religious, cultural and civil architectural examples and monuments. There has been a steady increase in the number of visitors over the years and in 2018, the total number of visitors to tourism destinations in the province is 397,282. The total number of visitors staying in the province is 63,184, including 62,119 domestic and 1,665 foreign visitors.

According to the sectoral distribution of industrial enterprises, in the province where the food industry and marble and stone quarries operating mainly in pulp and corn production are the leading sectors with a total share of 50%, a developing image is exhibited in the industry in general. Main industry branches; manufacture of food products, mining and quarrying, mining of metal ores, manufacture of other non-metallic mineral products, wood and wood products (except furniture), furniture manufacturing.

There is 1 Organized Industrial Zone and 1 Small Industrial Site in the province.

Gümüşhane ha 9 banks and 20 branches. The number of customers per branch is 8,508. According to the data of 2017, total deposits amounted to TL 729 million, while total loan amount exceeded TL 1 billion. 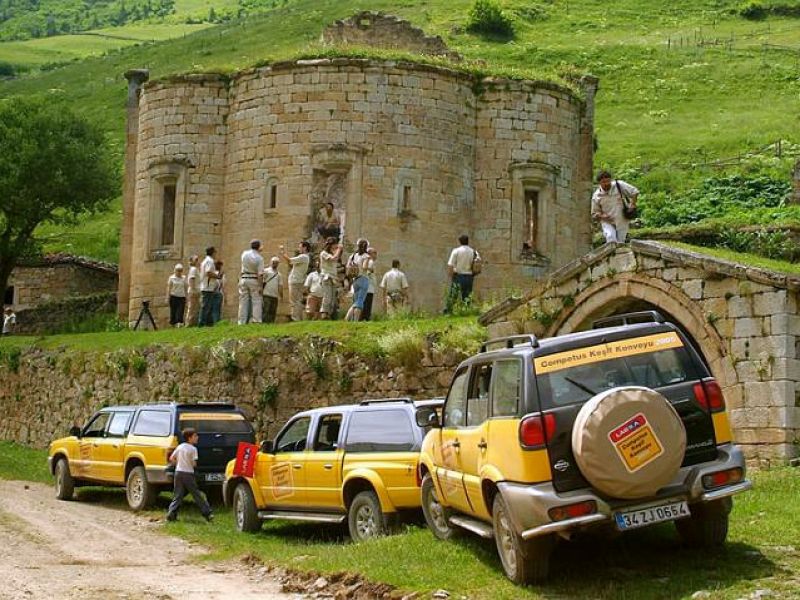 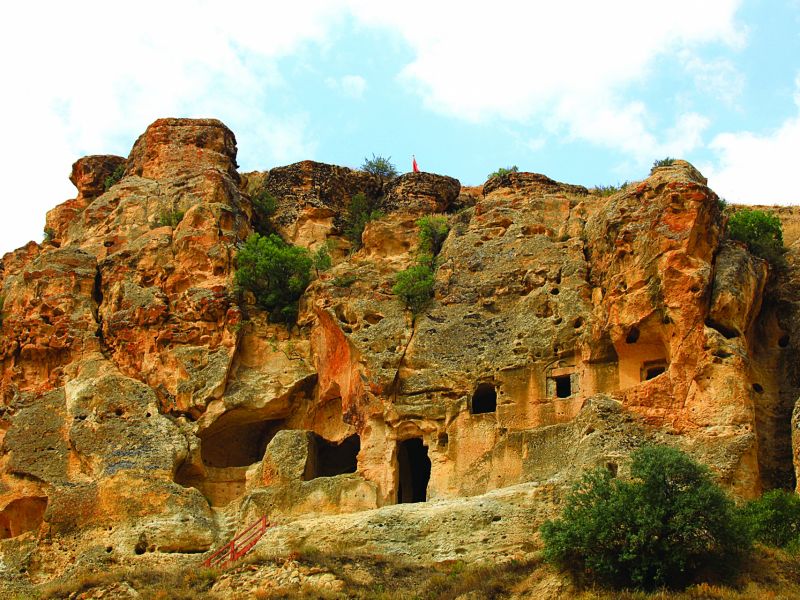 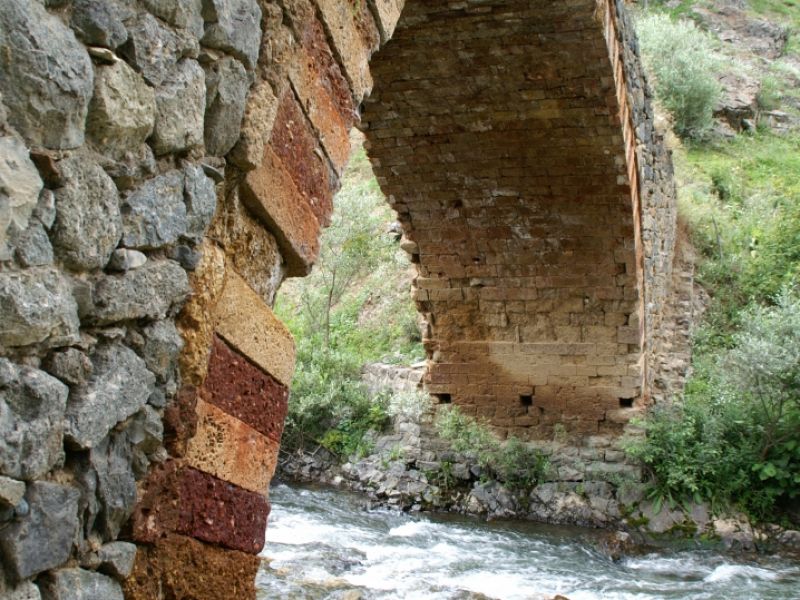 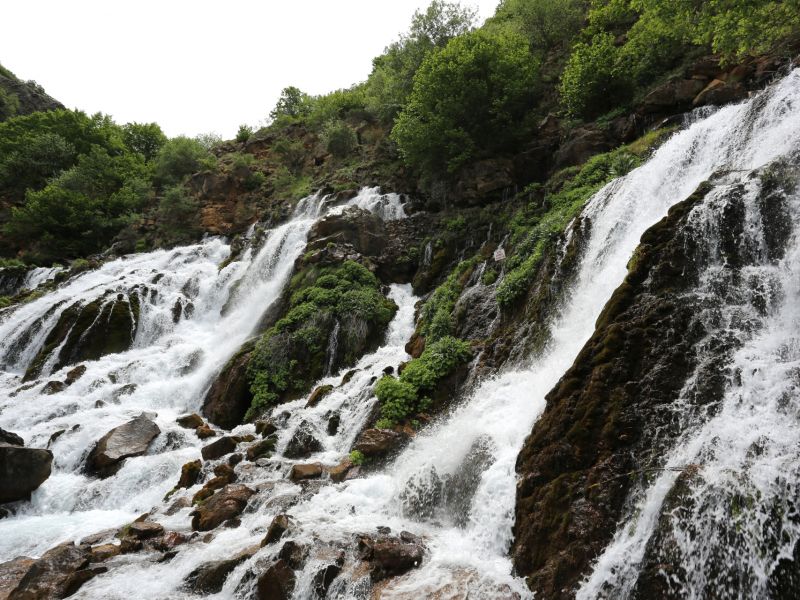 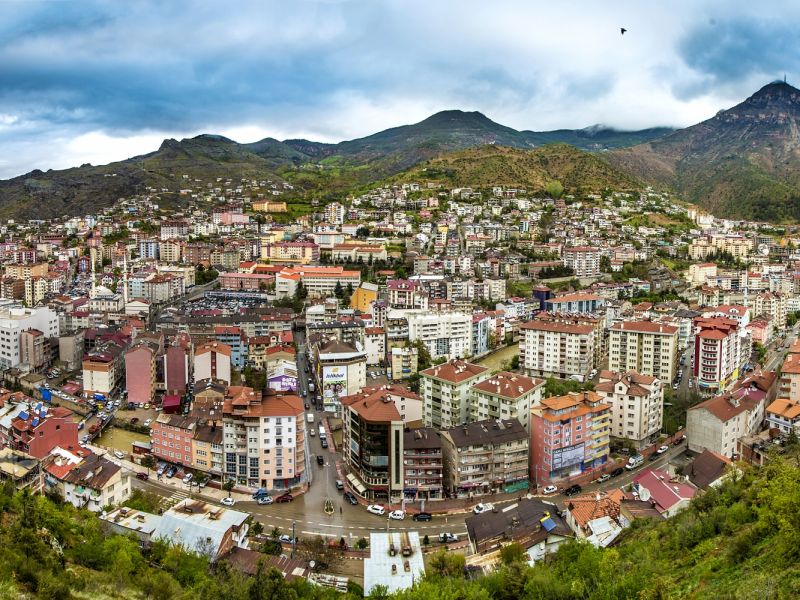 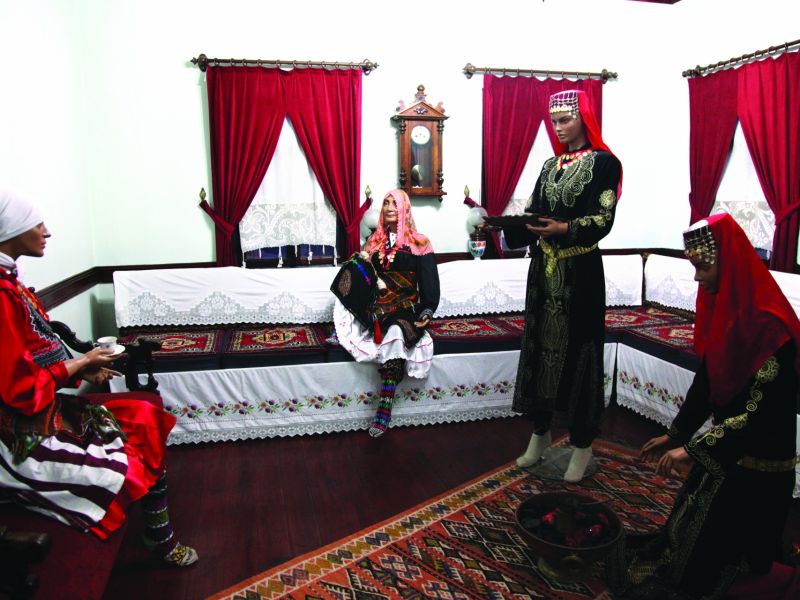 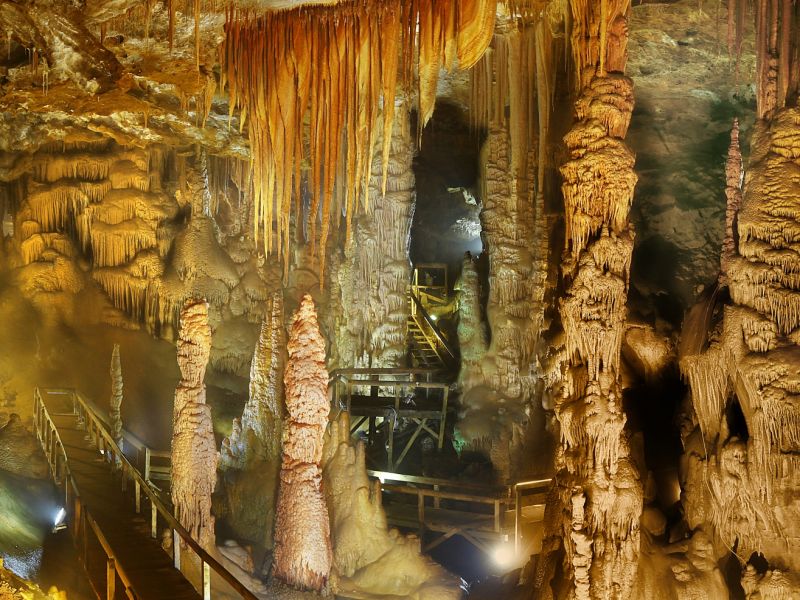 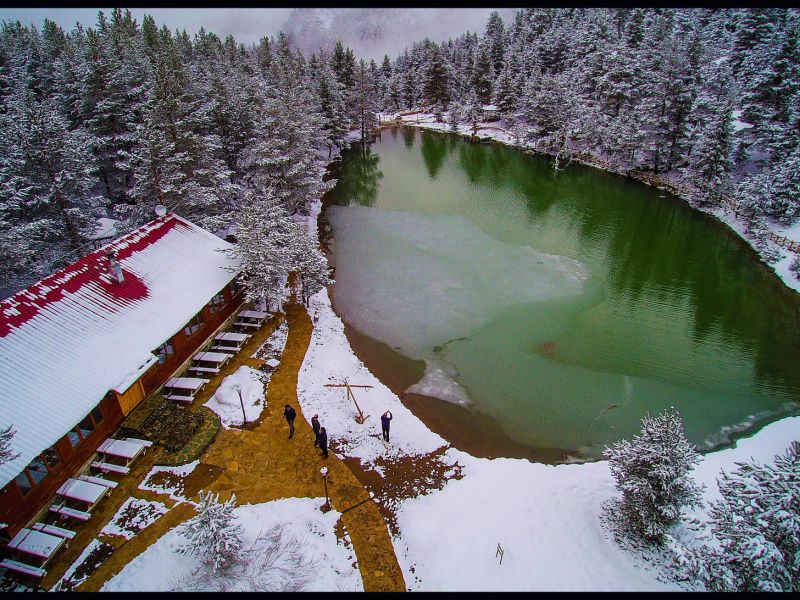 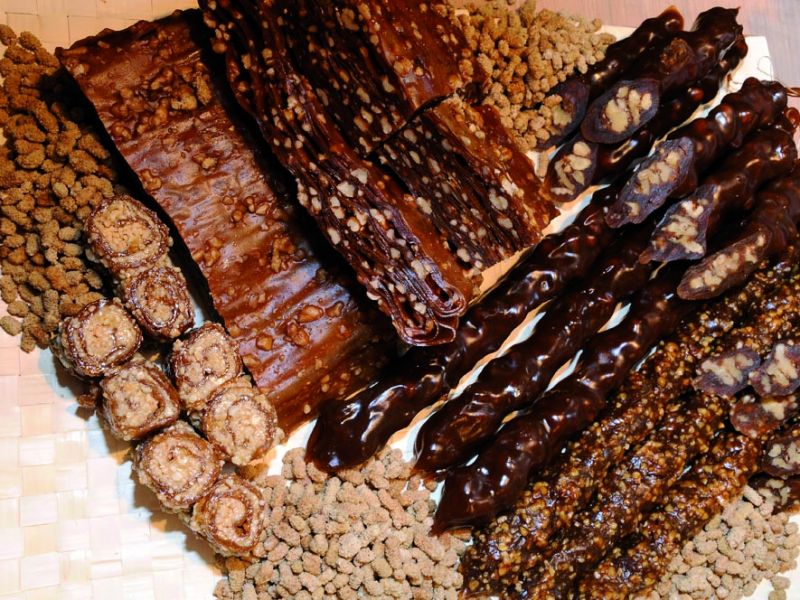 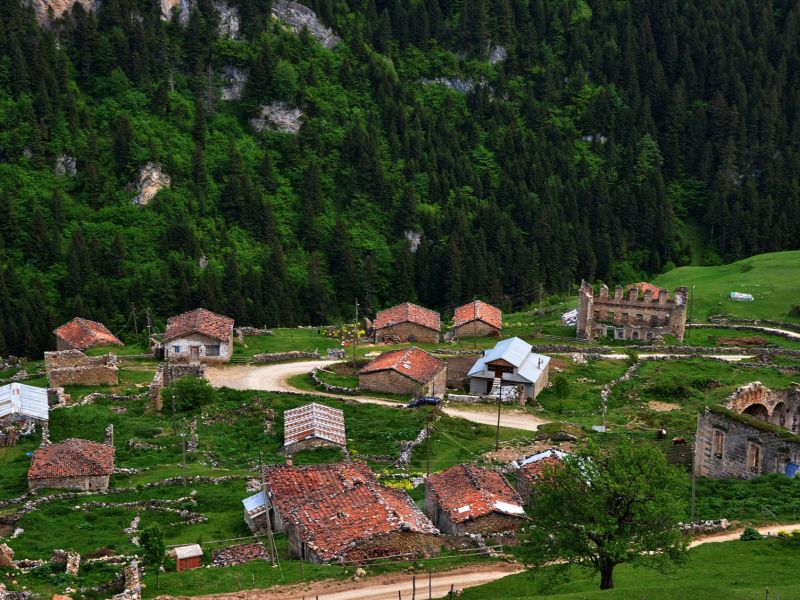 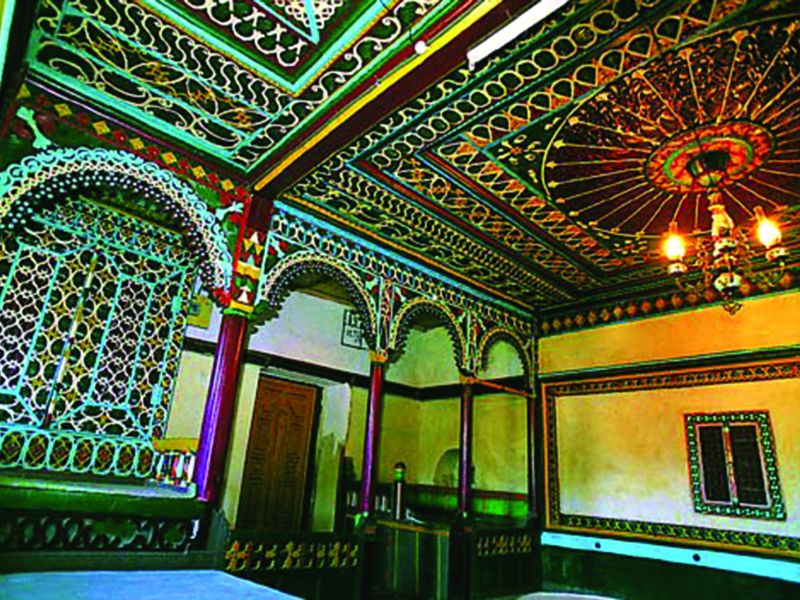 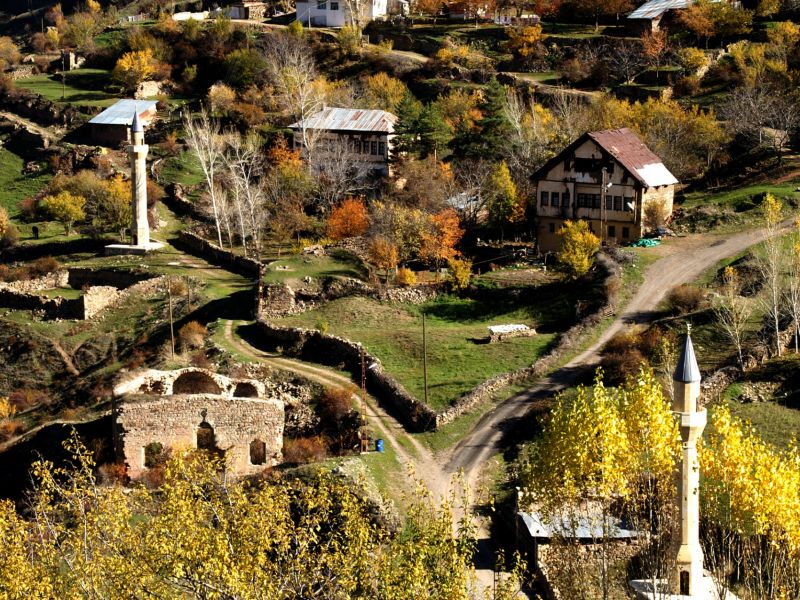 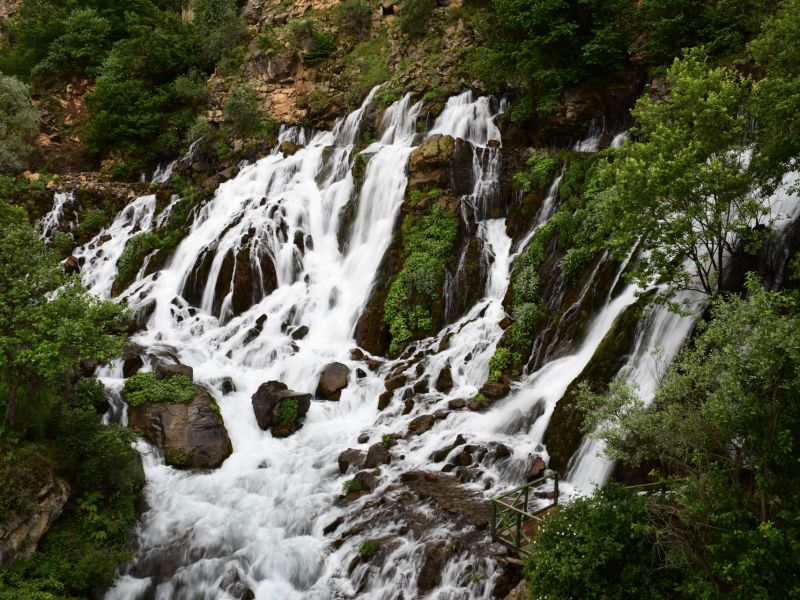 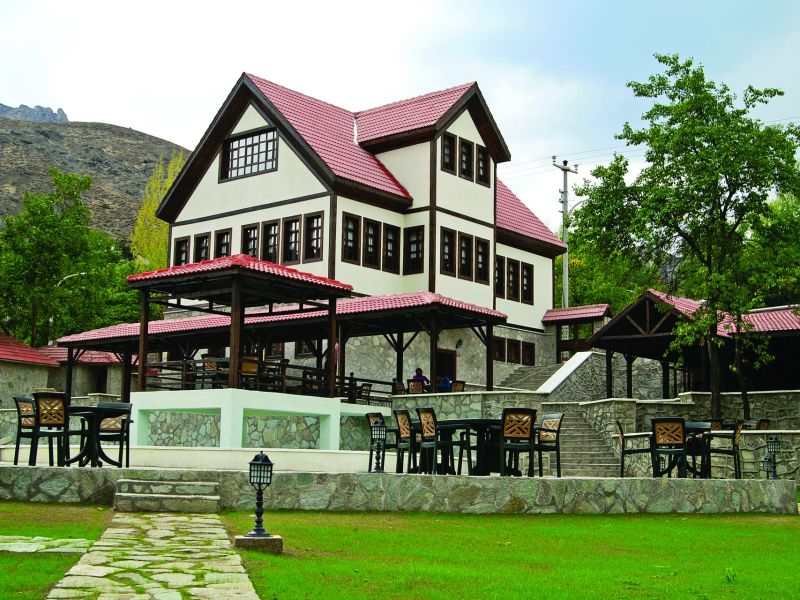 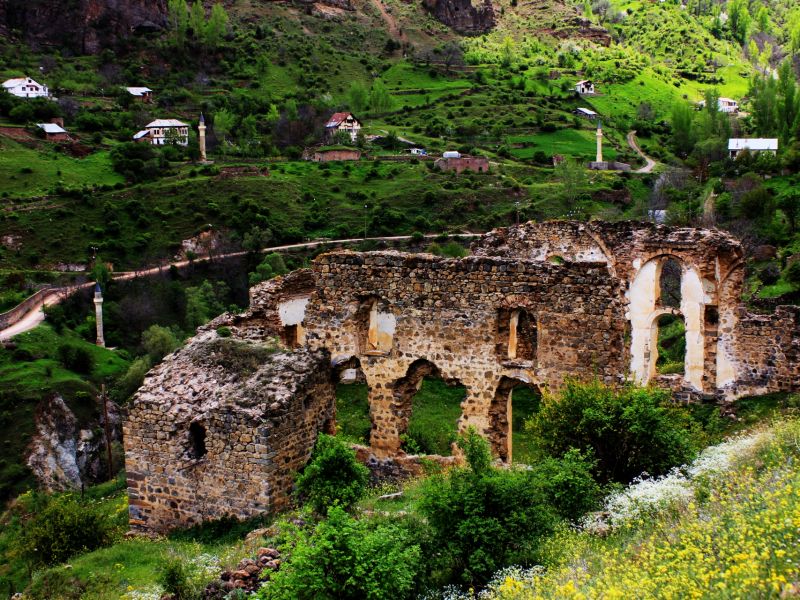 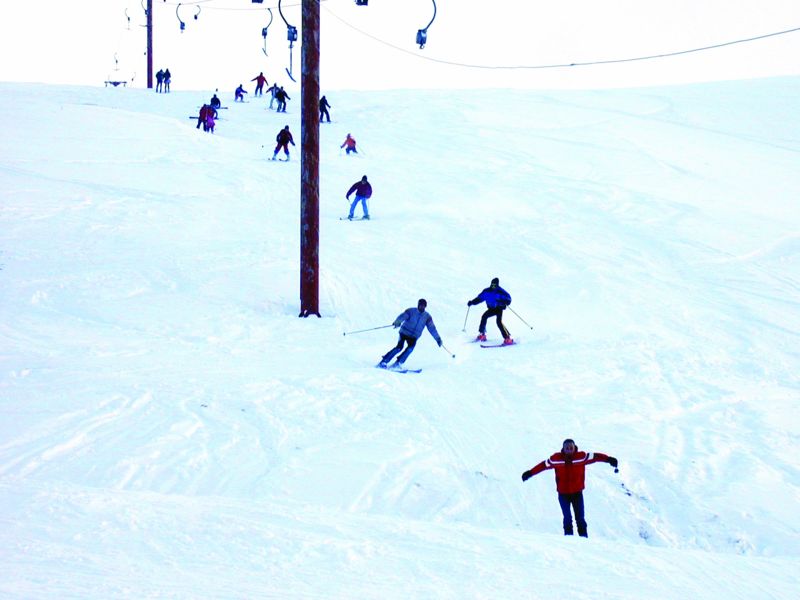